'Our Responsibility' Campaign Provides Recyclable Ashtrays for Beaches on Hvar, Vis, and Šolta 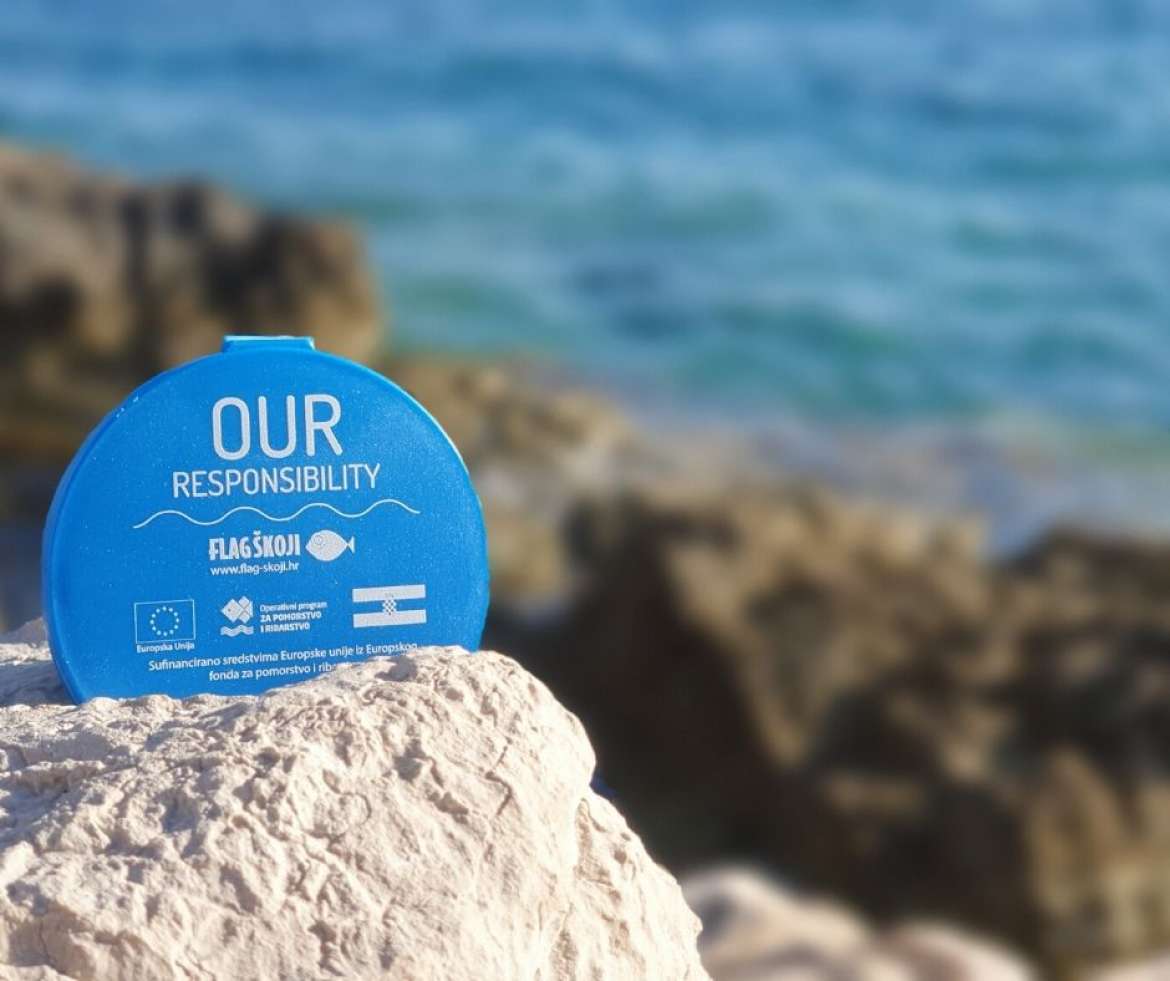 The Fisheries Local Action Group Škoji, or FLAG Škoji for short, is an organisation that operates on the islands of Hvar, Vis, and Šolta. Earlier this season, they decided to launch the “Our responsibility“ campaign to raise awareness about environmental protection, especially by the sea.

The campaign was launched in cooperation with the cities and municipalities of the area in which they operate, as well as local tourist boards, all to make individuals more aware of the fact that their actions can significantly contribute to the preservation of this area of ​​high-value heritage.

“The entire FLAG area requires a strengthening of the public policies related to the protection and sustainable use of our region,'' says Adela Duboković, head of FLAG Škoji, adding that they strive to achieve this with several more prominent marketing activities each year.

The primary activity of FLAG Škoji is the implementation of the local development strategy in fisheries, as well as the protection of the environment and natural heritage.

A solution for cigarette butts

Aware of the pollution of the sea and the coast, they realised that preserving the environment is the responsibility of all of us, starting with small steps like stopping throwing cigarette butts into the sea. Cigarette butts are the most numerous type of waste in the sea, which is often underestimated and contains plastics, chemicals, and heavy metals.

Therefore, as part of the ''Our responsibility'' campaign, they designed portable Eko-bin recyclable ashtrays for beaches from environmentally friendly, non-combustible, recycled plastic.

''There are about 3,000 portable ashtrays under the same slogan and visual that will be distributed to tourist communities so that they can share them with interested citizens and tourists, all to preserve the environment by reducing cigarette butts on beaches that then end up in the sea,'' explains Duboković.

In addition to the ashtrays that are available to visitors in the Hvar Tourist Board office, signs and stickers with a ban on throwing waste into the sea have been designed. As Duboković says, ''boards and labels are currently being installed on beaches, marinas, public toilets,'' and in the town of Hvar, they have already been installed on the beaches of Pokonji Dol and Majerovica.

In addition, this year, beach and sea belt cleaning actions will be organised. These activities will be organised in cooperation with local environmental associations such as ''Plavi svijet'' and “Geopark Vis Archipelago“ on Vis. All those interested are welcome to join the actions.

The FLAG ​​Škoji area is almost entirely under the largest European ecological network of NATURA 2000 protected areas. Therefore, the preservation of this environment is paramount.

''Species such as bottlenose dolphins and loggerhead sea turtles, which are considered indicator organisms for monitoring the good condition of the marine environment, also live here in our area,'' Duboković points out.

There are also two categories of protected areas: a significant landscape and a natural monument.

The islands of Šćedro and Zečevo, the Paklinski islands, and the island of Ravnik with their islets are in the category of the significant landscape. Natural monuments in this area are the Green Cave on Vis, the Grapčeva Cave on the island of Hvar, the Blue Cave, and the Medvidina Cave on Biševo.

The islands formed by an volcanic eruption, Brusnik and Jabuka, are two of a total of seven natural geological monuments in Croatia, and both are located in the FLAG area. So far, more than 217 speleological objects have also been registered here.

Petar Razović, the director of the Hvar Tourist Board, says the campaign has been well accepted so far.

Adela Duboković says that for now, they are receiving positive comments and that other organizations recognize them as an example of good practice. They hope that pollution with cigarette butts will be less and less.